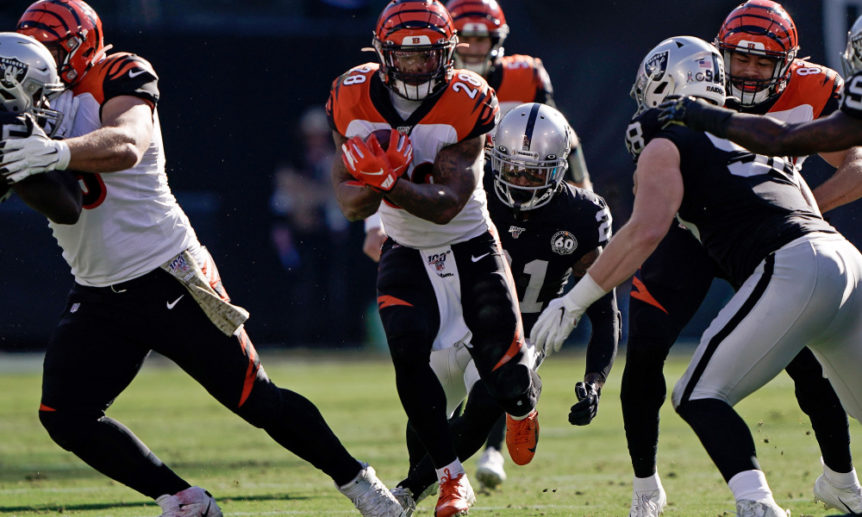 OAKLAND, CALIFORNIA. The Raiders completed the 3 game home stretch 3-0. This was a big win for Oakland specially after seeing the Bills and Colts win against their opponents earlier in the day. This win keeps the Raiders on the hunt for a playoff spot. Another thing to keep in mind is that if the Chiefs losses to the Chargers tomorrow, the Raiders will take over the #1 spot in the AFC West. In this article I will go over key take away from today’s game.

Coming in the game Maxx Crosby has 2.5 sacks, just right below Clelin’s 3.5. The Eastern Michigan product had a career night getting to opposing team’s quarterback 4 times. Today’s performance puts his sack total at 6.5. Maxx Crosby was MAD for sure and made Ryan Finley uncomfortable in the pocket. Finley finished the game throwing for 13 completions out of 31, 115 yards and 1 Interception. The Raiders needed this type of production from their pass rushers and to see it come from a 4th round pick is special and encouraging.

All season long the Raiders has dealt with injuries and suspensions. After the game winning interception last week, Karl Joseph sustained an injury that ended his season. This week we welcome new players again to fill in the open spot. Insert D.J. Swearinger, the former 2nd round pick was released by the Cardinals early in the year and found himself a new home with the Silver and Black. Tonight D.J. filled in for the injured Karl Joseph and did a good job finishing the day 5 tackles. The other new guy is Dion Jordan. He finished the day with 1 sack, that’s pretty good for a rotational player on his first game. Dion Jordan was a first round pick in 2013 but never lived up to the hyped he produced in Oregon. Overall, this was a depth signing to fill in for injuries and it’s been a trend that John and Mayock like bringing in former high draft picks hoping they can spark something their formers teams couldn’t.

Josh Jacobs is The Oakland Raiders

It’s not very often we see Rookies come in the league and become the teams Franchise player. Not to discredit Derek Carr but Jacobs is now the face of this team. He finished the day with 112 yards averaging 4.9 yards per carry.  He now has 923 yards on the ground and on pace to be the offensive rookie of the year. It is also noteworthy to say that the Raiders are 6-1 when Jacobs touches the ball at least 16 times. This kid brings the juice every game, giving the fans something to cheer for. Josh has at least 4 years left as a Raider and as long as he stays healthy and continue to build from this year’s performance, this team will be his.

Everyone in the media is starting to give Gruden, Mayock and this year’s team a lot of props. Their initial assessment of the team as dysfunctional has slowly become the “ideal rebuild blue print”. The Raiders came back home after being away for so long and won 3 games in a row. Honestly, I can’t even remember the last time we did that (maybe 2016 but in the last 17 years we can all agree it’s been pretty rare). Tonight’s victory puts the Raiders at 6-4 tied with the Texans for the last Wild card spot. The Raiders next 6 games are somewhat favorable with the Chiefs as the only team with a winning record. This team has found ways to win late the 4th but that wouldn’t be enough against the 3 divisional games left in the schedule. The Raiders must clean up the penalties and improve in defending 3rd downs. This team has already surpassed all expectations and it would be an amazing gift to the city of OAKLAND if the Raiders make it to the playoffs. I know tonight was not very pretty but it was a fantastic feeling as a fan to know that we have a chance to play after week 17 and that we have a group of rookies with bright future.