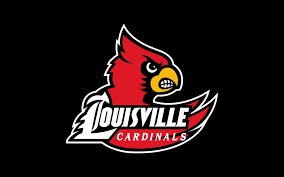 Welcome, I am EricTalksSports, and this is the first part of my series titled ‘Eric’s Unpopular Opinion.’ I will be presenting my cases for all my unpopular opinions. Today, we will talk about how I think the Louisville Cardinals are the best team in the NCAA. I will prove my point in two ways. On the defensive side, if you will, I will breakdown the other teams competing for this honor. On the offensive side, I will be cementing in stone that the Cards’ are the best team.

Logically, we can shut down Michigan States’ case right now using logic. Now I am going to include some stats and stuff, but I will show you the Logic

If Louisville Beat Kentucky, and we use the hypothetical situation that Evansville is better than Louisville:

Now we all know Louisville is better than Evansville, which would mean the Cards are the best team to be mentioned so far. That is the logic, here are some of the stats.

Verdict: The Cardinals pass this test, but the next team is that one team that is keeping us from that #1 spot- the Duke Blue Devils.

Here is the Main Event: