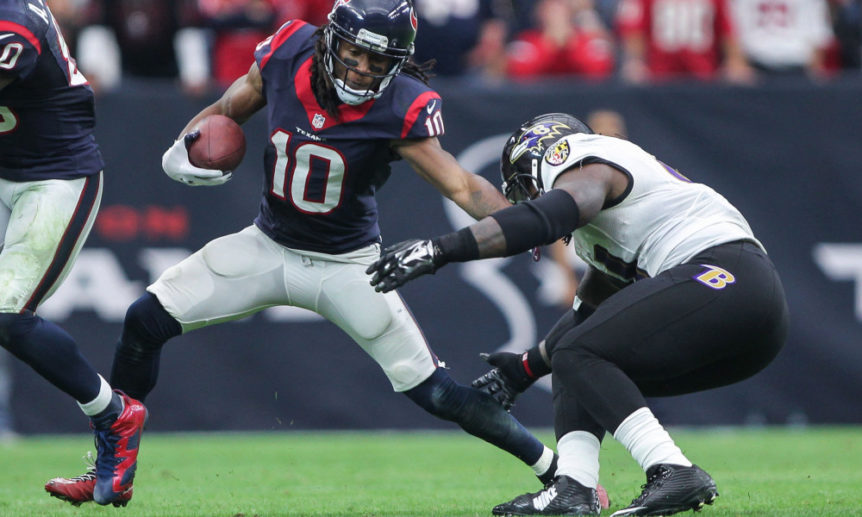 Get your rest Saturday night and prepare to be entertained as Deshaun Watson and the Houston Texans (6-3) travel to M&T Bank Stadium on Sunday, 17 November 2019 to face-off against fellow MVP hopeful Lamar Jackson and the Baltimore Ravens (7-2) in an early afternoon AFC showdown.

There will be plenty on the line, with an AFC playoff bye week potentially at stake, as well as a clear edge in the MVP race for either Jackson or Watson. Regardless of the outcome, the spectators tuning in will be the real winners. This isn’t the first time the two electric signal-callers have clashed, and if this meeting is anything like their battles as ACC opponents in college, football fans are in for a real treat. At the university level Watson led Clemson to a win in their last meeting, while Jackson snagged the Heisman as the big man on campus for Louisville. Collegiate trophies aside, both Jackson and Watson have now led their teams to the top of their respective divisions, and are prepared to provide viewers with a spectacle of epic proportions.

Tale of the Tape

Houston and Baltimore match up extremely well. These statistical comparisons on the chart below show just how similar the teams are offensively, despite the Ravens tendencies to lean on the run and the Texans choosing to pass just a bit more often. Regardless, both teams are fairly balanced with their offensive play calling.

One of the bigger differences between the teams comes on the defensive side of the ball. Baltimore has been a well-oiled machine as of late, stomping the Seahawks on the road to the tune of 30-16 and then dethroning the previously unbeaten New England Patriots in a convincing 37-20 home thrashing. The Ravens defense held both of those offenses to a combined 36 points and then proceeded to clamp down on the Bengals in a 49-13 road win last week. In fact, neither Russell Wilson nor Tom Brady threw for multiple touchdowns, and no one other than Patrick Mahomes has accomplished that feat against the Ravens this year.

Secondary Second to All

The Texans true weakness is against the pass as they allow 41.5 PPR points per game to receivers. They have stockpiled a multitude of injuries in the secondary over the course of the season. The bye week couldn’t have come at a better time as the team hopes to have Tashaun Gipson back to shut down opposing tight ends, but even with Bradley Roby and Lonnie Johnson set to return to the active roster as corners, they wouldn’t be considered starters on most other teams. Houston waived Briean Boddy-Calhoun and claimed former Tampa Bay Buc’s 1st-round pick Vernon Hargreaves from waivers, hoping that a new start on a new team can encourage better play. The Texans also acquired Gareon Conley a few weeks ago from the Oakland Raiders in an attempt to bolster a depleted secondary that lost Phillip Gains to the IR just a day before Conley was traded. The change of scenery has paid off for Conley as he immediately filled a starting spot against his former team and had a key pass break up to help seal the win. Despite leaking points through the air, the Texans were able to turn it around two weeks ago, intercepting Jag’s rookie QB in London twice to essentially end “Minshew Mania”.

Out: WR Will Fuller and CB Bradley Roby

This game has 50.0 point implied total and line favors BAL at home by 4