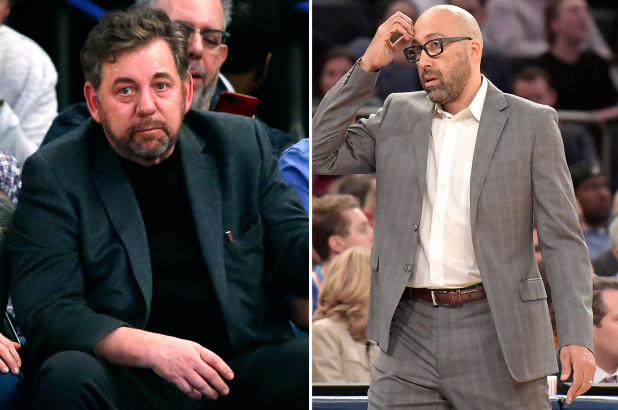 James Dolan has a bad reputation throughout the NBA community, and even draws criticism from the Knicks fan base. The Knicks owner who once hired the Eagles to come play at Madison Square Garden, the legendary arena that Dolan owns, and when the Eagles came, James “entertained” the crowd by opening for the Eagles with his own band; “JD and the Straight Shot Band”. Imagine buying Eagles tickets only to see James Dolan’s garage band take an hour and a half long set. This being said, I am pretty sure that Knicks fans would rave Dolan’s band if the Knicks weren’t the most sorry franchise in American Sports.

They’d probably let Dolan crowd surf for hours playing his guitar poorly as long as it meant the Knicks were in the playoffs every year. But no, even in the Eastern Conference, The Knicks are consistently at the bottom end of the league. Five years ago, Dolan paid 60 Million dollars to former Bulls coach and Lakers coach Phil Jackson to be the president of basketball operations.

Jackson rewarded Dolan by drafting Kristaps Porzingis, who was a transcendent talent and probably would be still if it weren’t for a string of injuries limiting his playing time. Dolan responded by firing Phil Jackson after not making the playoffs right away, and then traded Kristaps Porzingis a year later for Dennis Smith Jr, Deandre Jordan(who they did not resign), and draft picks. Then, despite putting stock into Dennis Smith Jr who is a ball dominant guard, they spend their 1st round draft pick in the 2019 draft on RJ Barrett, a ball dominant guard…

It’s pretty safe to say that Dolan doesn’t know what he’s doing, but many Knicks fans thought that Dolan would finally give up his overbearing presence on the basketball operations side of the Knicks organization when he hired GM Scott Perry, who also hired popular and relatively proven head coach David Fizdale.

Only 11 games into the season, James Dolan is ready to hit the eject button yet again as rumors of the “Firing of David Fizdale” who is on only his second year of a four year/22 Million dollar contract is hitting rumor mills all over the country. RJ Barrett who seems to be establishing himself as the leader of this 2-9 franchise, had this to say; “We’ve got 9-10 new guys? We’ve got 10 guys that have not played together at all and me who hasn’t even been in the league yet,” said Knicks rookie RJ Barrett. “You’re gonna have some challenges, but you’ve got to keep pushing, keep pushing through everything. That’s all I can really say. You’ve just got to stay together. “He’s up to the challenge. We believe in him,” he continued. “We’re staying together, and like we said, we’re all-in with him and are just gonna keep fighting together.” 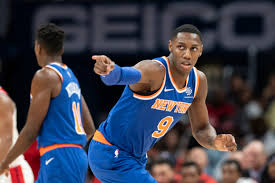 Barrett is all in, the Knicks players are behind Fizdale who has a good reputation among players in the NBA, and what do they have to lose by keeping Fizdale? Which coach that Dolan finds could even really replace Fizdale and make a difference? James Dolan seems to have all… or none of the answers.