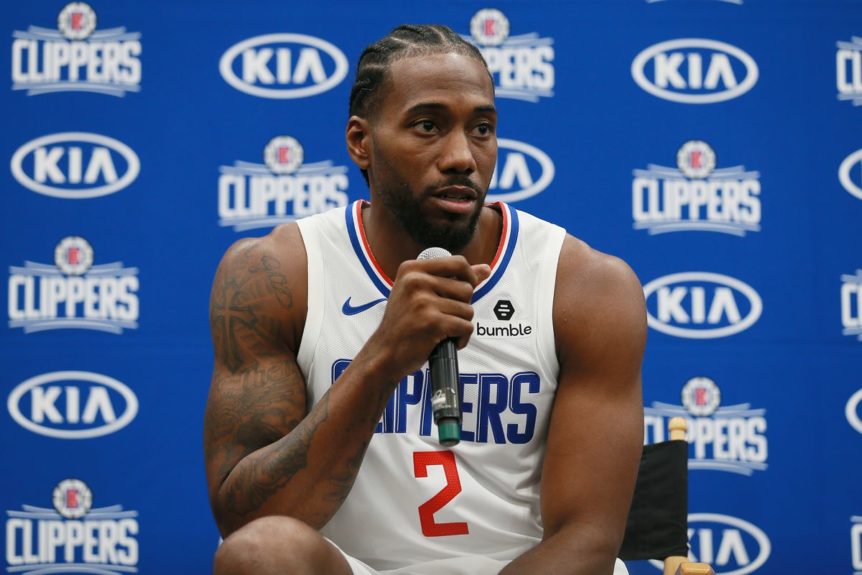 2019 NBA Finals MVP Kawhi Leonard has been taking some heat from fans and media over his “Load management” which entails him not playing back to back games. The reason the Clippers claimed Kawhi Leonard needed to take rest days off was to recover from his knee. But while talking to the media, Doc Rivers revealed that Kawhi’s absence was more about keeping him fresh rather than nursing an injury. This prompted the league to come out with this statement;

“Following additional review of the LA Clippers not playing Kawhi Leonard in last night’s game against the Milwaukee Bucks, the NBA has confirmed that the team’s decision to sit Leonard for management of an injury was consistent with league rules.  The team has reasonably determined that Leonard is suffering from an ongoing injury to the patella tendon in his left knee and has been placed by the team at this time on an injury protocol for back-to-back games. The NBA has fined the Clippers $50,000 for statements, including by head coach Doc Rivers, that were inconsistent with Leonard’s health status.”

Is Kawhi Leonard taking advantage of the system in order to skip games, and at what point does resting become unfair to players who are fulfilling their 82 game contract.

Rumboyz.com will be tracking this story closely