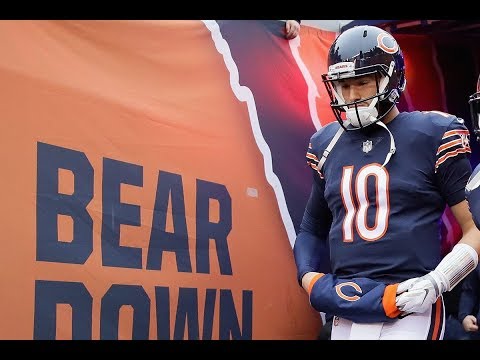 Naturally, when an NFL offense totals just nine yards in two quarters, the first position to come under fire is quarterback. This is especially true for the Bears, which have struggled to muster anything resembling an offensive threat with Mitch Trubisky under center this season.

And while the Bears set offense back 40 years in the first half against the Philadelphia Eagles, coach Matt Nagy said after the game that he didn’t consider making a change to Chase Daniel. The offense’s problems were “as a unit,” he said.

Trubisky finished Sunday’s game completing 10-of-21 passes for 125 yards. No touchdowns, no interceptions. He added 15 yards on the ground but could have had more if he tucked and ran with more confidence when opportunities (and there were some) presented themselves.

No longer can head coach Matt Nagy put lipstick on Ryan Pace’s pig because it’s not fooling anyone any longer.

The Bears could trade for a guy…oh, wait. Deshaun Watson and Patrick Mahomes say hello.