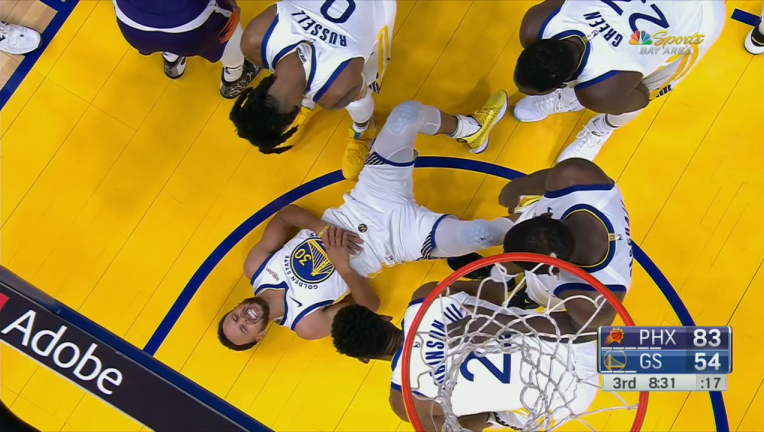 The Golden State Warriors have made it to 5 straight finals. In order to do this they had to make room for Kevin Durant and the roster had to be thinned over the last 3 years. In last years’ finals series both Kevin Durant and Klay Thompson both had MAJOR injuries. Both players are out for the 2019-2020 season and aren’t expected to come back. The Warriors Roster isn’t the juggernaut that it used to be. They do not have Andre Igoudala who was traded, they do not have Shaun Livingston who retired, they do not have Andrew Bogut who went back to Australia to defend his National Basketball League title.

Steph Curry, Draymond Green, Kevin Looney, Omari Spellman(who?), Jordan Poole, Damion Lee, Alex Burks, Glen Robinson II, Willey Cauley-Stein, Eric Paschall, Ky Bowman, and they managed to get Marquiss Chriss and trade for D’angelo Russell in the Kevin Durant sign and trade. Compared to other rosters in the west, the Warriors seem to have some of the least experienced and unknown rosters in the NBA.

I won’t lie to you, as a fan of high level basketball, as an analyst, I was the guy who told you “The Warriors are too good and will figure it out, they will make a playoff run, and they may even make the NBA finals again simply because they have Steph, Draymond, and Steve Kerr. I no longer believe this. Not only have I seen the CLEAR void that Kevin Durant has leftover on offense, but this team doesn’t play defense at all.

Draymond is not setting the tone on defense as you might expect, and even if he was, I doubt anyone on this roster understands the game yet enough to follow him. It’s a roster of young guys who are gonna need a long time to develop, and some of them may not even be talented enough to develop at all. The Warriors have a roster that people no longer envy, and last night, tragedy struck…

Steph Curry broke his left non shooting hand. I am here to tell you, not only should the Warriors tank, but they probably don’t have a choice in the matter. The first reason is, without Steph Curry for the bulk of NBA Games, the Warriors have almost no chance of making the playoffs in the surging Western conference. The second reason is, you’re going to need to develop these young guys anyway, so if it means lessening the minutes of D’angelo Russell and Draymond Green to secure losses, get a high draft pick, it’s definitely not the craziest thing we would’ve seen in the NBA. The third reason is, even if you did bring Steph and Klay back during this season, you’ll be forcing them to play less than 100%, and fight for a playoff spot which may be an 8th seed, in which case they’d have a less than healthy Steph and Klay, it just seems worthless. The thought of tanking never occurred to Joe Lacob, the owner of the Warriors;

“It is against every single thing I and we stand for,” Lacob said to Ramona Shelburne of ESPN. “We will fight like hell. Develop our young guys. Learn to win. You don’t get better by trying to lose. Our entire organization is about winning. And we will win. Some bumps in the road, perhaps. But we will never accept losing. I’m just telling you that the bottom line is I’m not negative and I’m not going to get negative, I’m an optimist and we’re building something. You’re always looking short term and you’re looking intermediate term and you’re looking long term.”

I was wrong, and Jordan Love and other Rumboyz were right about the Warriors. The fact is, they just don’t have enough talent to compete in the West, and with Steph Curry’s injury, even though it’s his non-shooting hand, seems incredible futile at this point. My opinion of Steph Curry has slightly changed but I do see him coming back for one more ring. Dilly Dilly