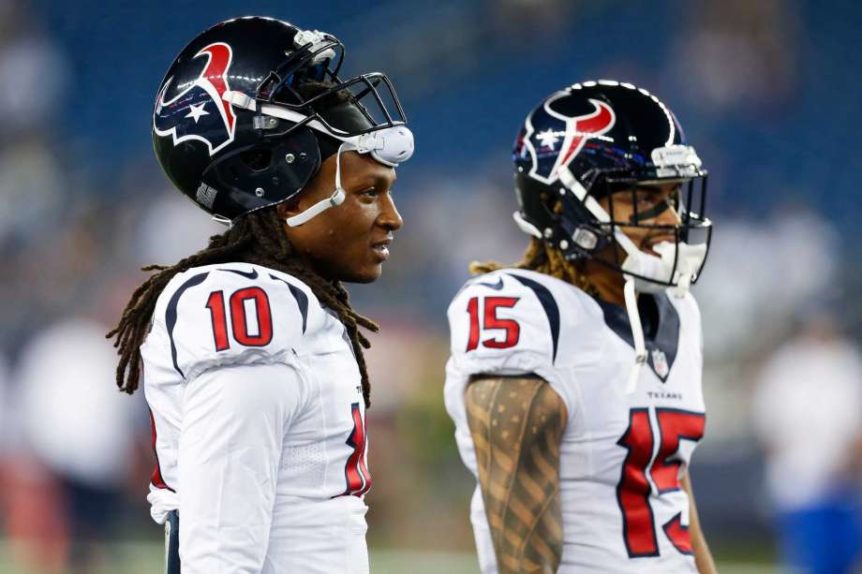 If Deandre Hopkins has been a starter on your fantasy team the last three weeks then chances are you’ve woken up in a cold sweat early Monday mornings hoping it was all just a bad dream. Unfortunately, for myself and other managers lucky enough to draft Hopkins in the first round, it was all too real as Nuk posted a combined 16 receptions for 148 yards on 23 targets and 0 touchdowns during that 3 week span. Puke! It’s a far-cry from his 8/13/111/2 vs the Saints in week 1.

Deandre’s counterpart, Will Fuller, has had a rough go to start this season as well. Known as the big play and vertical field stretcher, Fuller has failed to find the end-zone this season and posted his worst stat line of the season 3/6/23/0 last week against the Panthers. Although Fuller has been healthy and has had a snap rate above 91% in all 4 games this season, it is the presence of new comer Kenny Stills which seems to have capped his upside. Stills (11/14/188/1 through 4 games) has been a brighter spot for the Texans as he filled in early for the injured Keke Coutee and has been the most productive as well as efficient receiver aside from Hopkins.

So why should both Fuller and Hopkins likely bounce back in a big way in Week 5? 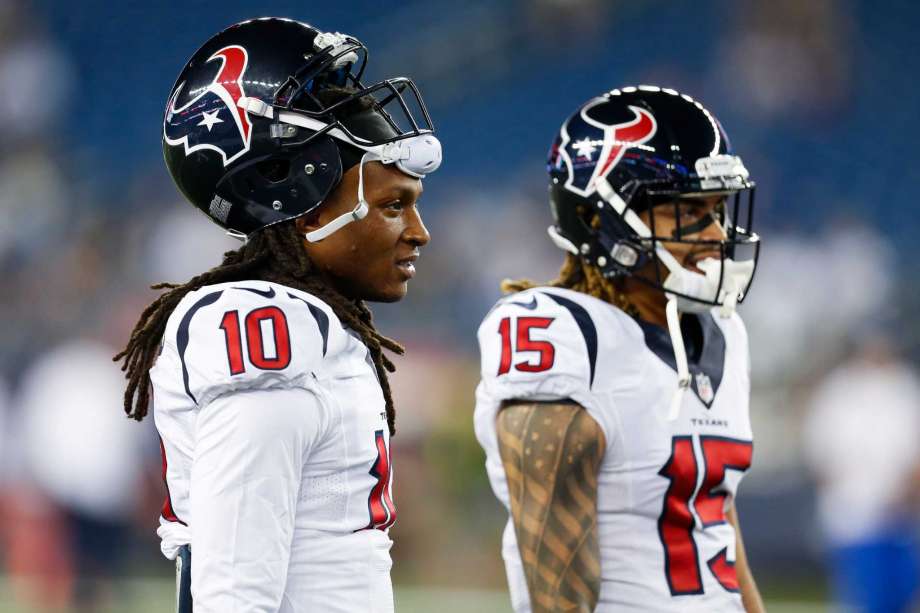 Well the obvious answer is that they get to face a Falcons defense without the backbone of their secondary in Keanu Neal. Atlanta lost the starting safety for the season with an injury last week and they looked completely lost without him. This bodes well for the Texans to perhaps catch the Falcons in a communication breakdown or lack of cohesiveness as the Falcons allowed a TD once in roughly every 13 and half targets without Neal last season. The corner-back combo of Desmond Trufant and Isaiah Oliver shouldn’t be of much concern to managers looking to start Hopkins in a get-right game as the CBs have allowed a combined 5 touchdowns on 34 targets this season. The buy low window on Nuk will surely shut after this weekend.

If you watched Deshaun Watson’s post-game press conference then you are aware that he took his lackluster performance vs the Panthers to heart. Watching the game myself there are two distinct plays that come to mind where Watson overshot his man by mere inches, negating huge gains and/or possible scores. His intended targets: Hopkins and Fuller respectively.

For Fuller we can feel the breakout game coming and his chances are far greater this Sunday than most weeks. Kenny Stills exited the game early last week with a hamstring injury and is questionable to play. That puts Coutee back into the mix at slot and his average depth of target is nowhere near that of Kenny Stills, meaning Fuller will likely see a slight uptick in deep targets if the Houston line can give Watson some time. Fuller has seen 9 more targets than Stills this year and has  an average depth of target that ranks 5th in the NFL so we know that it’s only a matter of time before we get a stud performance from Watson’s number 2 receiver.

Both players get a boost if this becomes a higher scoring game than anticipated. The Texans secondary has been atrocious thus far and rookie CB Lonnie Johnson is expected to handle Julio Jones this week. I wouldn’t be surprised if Hopkins gets hyper targeted and Fuller finds his way behind the secondary. Positive regression is coming and it’s more than likely going to be in week 5.