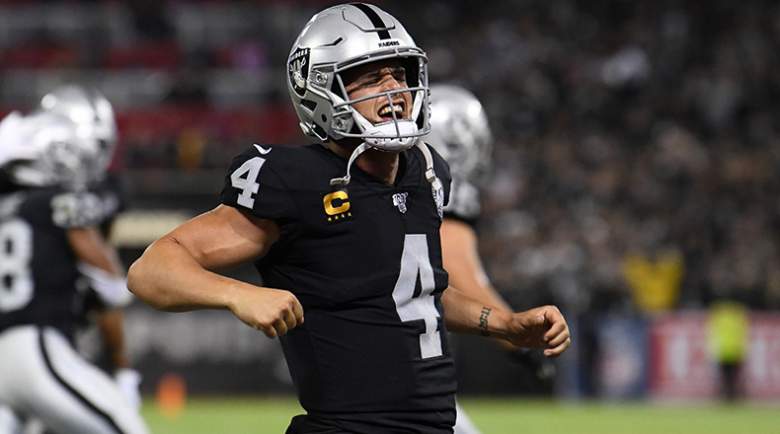 Week 2 is done and the Silver and Black was defeated by its divisional rival the Kansas City Chiefs. Coming out hot out of the gates the Raiders failed to play all 4 quarters and sustain the 1st quarter success. The defending AFC WEST CHAMPS torched the Raiders secondary in the 2nd quarter where they put up 28 unanswered points ultimately ending in a 28-10 lost. In this article I’ll go over some of my 3 observation that led to the Raiders lost and 3 things the Raiders must do to beat the Vikings

KC VS OAK: Where did the Autumn wind go?

Everyone was high on Derek last week but this week we saw Carr make mistakes that took the Raiders out of the game. Even after the first half, the Raiders offense had the opportunity to either tie the game or even win since the Chiefs did not score in the 2nd half. Derek Carr had threw two picks one being in the endzone. The success of this team will rely on his ability to make good decisions specially in the end zone.

It seems like the Raiders cannot solve the secondary issues. The last talented DB that I can remember is Nnamdi Asomugha (after CWOOD of course). Although the secondary did not let the Chiefs score in the 1st quarter, 3rd and 4th, the 2nd quarter showed how vulnerable this secondary could be. They gave up 443 yards and 4 TD to Patrick “Kermit the Frog” Mahomes. This brings me to the next point of the Raiders trading for Jalen Ramsey. With Jonathan Abrams being out the Raiders need another player that can play with some swagger. Jalen Ramsey will complement Conley just fine and should get the opportunity to play man. The Raiders could then slide Worley as the Nickle and Joyner back to safety with Karl Joseph. That is a pretty solid secondary in my opinion but the only obstacle I see is that the Jags wants way too much.

Injuries are starting to eat this team up. Tyrell, Vontaze, Gabe Jackson, Josh Jacobs, Lamarcus Joyner, Trent Brown and many more are suffering with some type of injury. I also worry about the receiving group if Tyrell Williams is to be out. A #2WR has not really stepped up to take that responsibility and hopefully the Silver and Back can get more out of Renfrow and hometown favorite Doss.

MIN VS OAK: What the Raiders must to beat the Vikings

The Raiders run game has been decent the last 2 games. They’ve only allowed 126 yards from both the its divisional rival. Dalvin Cook however is no Philip Lindsay or an aging Lesean Mccoy. The Raiders front seven must contain Cook and give him no breathing room when he touches the ball. Cook can turn a small window into a 50 yard gain and miss tackles cannot happen against this guy. Paul Guenther needs to ensure that his safeties drop just in time if Cook was to get passed the Dline. If he passes the Linebackers, then it is too late Cook will either be getting that much needed first down or even score a touchdown.

In order to build this young defense’s confidence, I strongly believe that causing the Vikings to turn the ball over through interception or fumble can bring some juice back to the youngins. Defense was a big focus and the Raiders is already on pace to beat their god awful sack total from last year. The players I’d like to see come up big on this game are Conley and Ferrell.

Richie Incognito is back and will play his first game as a Raider. I expect Gruden to test his worth against the Vikings. I also see Josh Jacobs getting his touches as long as he is still not suffering from the illness that cost him to lose 10 pounds over the week. Josh Jacobs has shown that he can be something special for the Raiders. I haven’t this been excited for a Raiders RB since Darren McFadden. The Vikings defense will make it hard for the Raiders to establish a run game but Josh Jacobs quick cuts and smart running can help the Raiders especially in the 3rd down. Jacobs also has the opportunity to open up the passing game and be utilized like Jalen Richard was last year.

The Raiders will start their fucked up 6 game stretch away from Oakland. A win against a good Vikings team can really help bolster this team’s momentum heading into the series of ROAD games (sorry but London don’t count as a home game). Derek Carr needs to get his other receivers going and not rely heavily on Tyrell Williams. The Defense must step it up make Kirk uncomfortable in the pocket and cause turnovers in order to secure a win. Let’s go Raiders!!!!