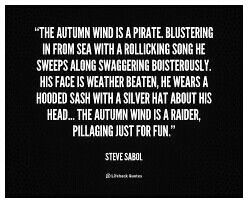 The Autumn wind made its presence felt last night in the Coliseum. The Raiders came out victorious against its divisional rival the Denver Broncos 24-16. After going through a shit storm within the last couple of weeks, the Raiders stood tall, showed resiliency and told the world that they are ready to move on. I know its early in the season but Oakland showed something promising for fans like me. In this article I’ll go over what I learned from last night game.

In his second season with John Gruden, Derek Carr looked like he is en route to a good season. He finished the game with 22 completions out of 26 attempts totaling 259 yards and 1 Touch Down. Derek also made use of his weapons and moved with ease in the pocket. Carr also went on to test the deep routes early on, something that we didn’t really see last year. This was a good test for Carr and winning against the Chiefs next week can change the narrative for the Oakland Raiders and his status as the Franchise Quarterback.

The Carr Insurance AKA Offensive line was on point

Last year, Tom Cable’s unit put Derek Carr in bad situations. They allowed the opposing teams to sack him 51 times during the 2018 regular season. This week was a different story. The line kept Derek clean against Von Miller and Chubb. They did not allow any sacks throughout the game which is really good against this defense. Derek Carr was given room to operate to find his targets and they kept him upright all night. The offensive line is only expected to get better when Richie incognito and Gabe Jackson return from injury and suspension. This is a very strong showing for the big men up front and I’m hoping they can keep this up all year long.

Everyone wants to talk about AB but Williams was “ALL IN” this whole time. Last night he showed that he was ready to take over as the Number 1 receiver for the Silver and Black. Not only did Carr look his way a lot, he made sure his receptions are meaningful starting with the first drives touchdown catch. He finished the game with 6 receptions 105 yards and a touchdown. As the weeks go, Carr and Williams will continue to build on that chemistry, something Raider fans should be excited about.

The young bucks came through

Let’s start with Jonathan Abrams, the heat seeking missile safety who was all over the ball Monday Night. He was able to assist with tackles and made sure the other guys know that he’s on the field. He did get a penalty but his swagger is just what this Raider Defense needs. Clelin Ferrell also made an impact by putting some pressure on QB Joe Flacco and recording one sack. Hunter Renfrow, Alec Ingold, Karl Joseph, Trayvon Mullen, and Gareon Conley also had a pretty solid performance. The guy with the best showing is running back Josh Jacobs. He finished with 85 yards on the ground and 28yards on the air with 2 Touchdowns.  This young core showed no fear against a good team and came together to produce a win. It was exciting to see good production from these guys early.

The Nation is ready to move forward

From the coaches, players and the crowd in the coliseum, everybody is ready to move on from AB. It was very audible during the game that the crowd is screaming “Fuck AB”. It was unfortunate that we won’t ever get to see how AB could have fit with the team but the reality of it is the Raiders Wide Receiving corps is still pretty good. Derek Carr and company repeatedly said they wish AB the best and its time to focus on the future.

Overall, the Raiders looked good. The young guys were a factor, the O-line kept Carr upright, the defense played well, the receivers looked great, Vontaze showed flashes of his pro bowl form, and the guys looked relieved after securing the first win. This was a very satisfying win for the fans. I was hyped up the whole game and felt like a million bucks going to work today after seeing all the salty Bronco fans. I am excited for this Raiders team and well see what they are made off this Sunday against the Chiefs.