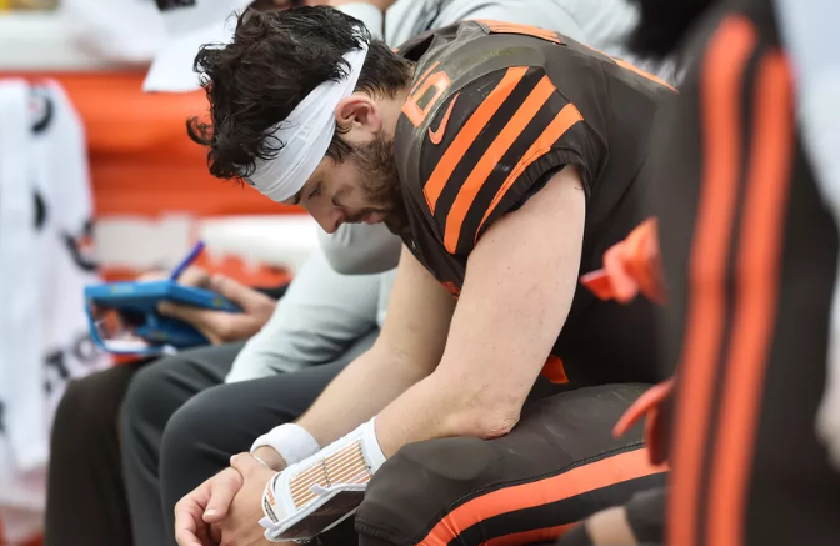 Are these the same old Browns?

Back when the Browns first traded for Odell Beckham Jr, before Baker Mayfield shotgunned a beer on TV, before ESPN seriously ran the poll “who will have a better year, Mahomes or Mayfield”, before the hype was real, before people penciled them in as a playoff team for 2019-20. The Browns were 7-2 under interim head coach Greg Williams.

This, after having only a few wins in the last 3 seasons, and for some reason Williams didn’t return as the full time head coach.

This story never seemed to come up in the news, I mentioned it on YouTube in one video months ago, but no one else in the media seemed to care or even notice that Greg Williams didn’t get the job that he earned with the Browns.

This speaks to a greater dysfunction in that organization, the inability to take yes for an answer. I mean, Williams is very experienced coach, he even won a Super Bowl as the defensive coordinator with the New Orleans Saints, and was infamously involved in bountygate but that is an old story.

Who did get that job? Well the Inexperienced former QBs Coach Freddie Kitchens. Kitchens was promoted mid 2018-19 season to serve as the Browns offense coordinator following the firing of Todd Haley and Hue Jackson. Kitchens was hired after the season was over, despite not even having a full year at the offensive coordinator position, was promoted to the Head Coach over Greg Williams. Williams is now the defensive coordinator in New York working for the Jets. After a good performance by the Jets defense in week one, and a close defeat, the Jets are going to face off with the Browns.

The Browns, who looked incredibly undisciplined in the first week, will travel to New York to face the Jets. Mayfield in his first game, looked shook by his mistakes, and super stardom for Mayfield may be further away than most fans of his are willing to admit.

Mayfield did have some solid throws, but his mistakes seemed to stay with him throughout the game and it wasn’t a good look. I pick the Jets to win at home in week 2, and if the Browns start 0-2 it will be uphill climbing to win the AFC north.

Is Baker Mayfield really the next Dree Brees/Brett Favre? Like his fans say, or is he the next Mark Sanchez? Rise to fame only to fall hard. Time will tell for Baker but something tells me he will have a decent NFL career. My concern for the Browns is their GM John Dorsey, Ownership and new Head Coach Freddie Kitchens, a guy who was given a job that he potentially didn’t deserve, and maybe wasn’t prepared for.

Will these Browns make it to the playoffs, or are these the same old Browns?