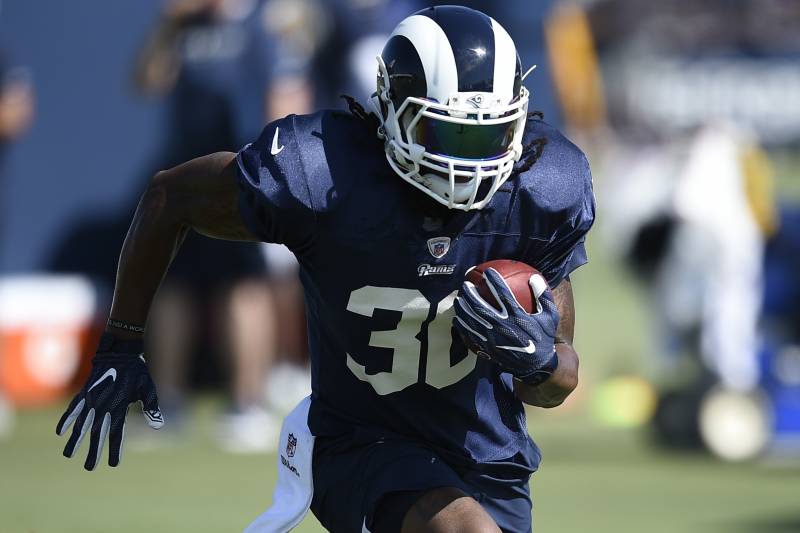 The last time we really saw Todd Gurley was in the playoffs, and his first playoff game went nicely, 115 yards on only 16 attempts, seemed healthy and the Rams look unstoppable as they take down the Cowboys.

The next game, after 7 days of rest and preparation, Gurley was limited physically and only attempted 4 rushes for 10 yards in the NFC championship game against the Saints. This is when the massive speculation about Gurley’s health began. Rams backup RB CJ Anderson was able to supplement the running game in Gurley’s absence and they won the NFC Championship against the Saints.

The two weeks leading up to the Super Bowl

would give Gurley a while to rest his knee problem. At this point, the Rams were very vague about Gurley’s injury and even claimed he was healthy and would be ready to go for the Super Bowl.

When the Super Bowl came, Gurley did rush for 10 attempts, many would have expected more out of a healthy Gurley. Was this due to injury, or due to the Patriots suffocating defense in the Super Bowl? I would say that is the key question here. We can’t be to sure but the way the Rams’ coaching staff is talking about Gurley, I would be worried if I was a Rams fan.

Healthy he suggested all three running backs would share the load and maybe even be used in tandem, “Oh yeah. Absolutely. Maybe three at a time.” Said McVay.

This is not something you want to hear if you drafted Todd Gurley for fantasy, or if you just gave Gurley the highest paid contract for running backs in the league like the Rams front office just did. The Rams signed Todd Gurley to a 4 year, 57 million dollar contract back in 2018, and have 3 years left on this deal.

Back in June of 2019, Gurley’s trainer admitted there was an arthritic component to Gurley’s knee problem. Arthritis usually presents with pain. Being a running back with inflammation and pain in your knees is going to take something away from your game. Gurley was probably better off with a strain or some sort of muscle tissue injury, I feel very bad for him, as this is not something that will ever heal, and chronic pain is a bad way to live.

Arthritis is a blood problem, and it’s usually at its worst during cold weather. Now we don’t know the specifics to Gurley’s problem, and most of this could very well be proven to be overspeculation in a few weeks, but this does raise more questions about his future, two in particular come to mind.

The first, is this the end of Gurley’s prime? It is something even he has to wonder. Even if he comes back and has a bunch of success early on in the season, is that going to bite him long term?

The second, how far into the season can he play? Will this “arthritic component” always limit him down the stretch? Will we only see bursts of what he has

All these questions will be answered for sure by years end, the real question is the Rams themselves. Will they suffer a Super Bowl hangover, or is Sean McVay, Jared Goff, Aaron Donald, Todd Gurley and this team just beginning a run for the ages?