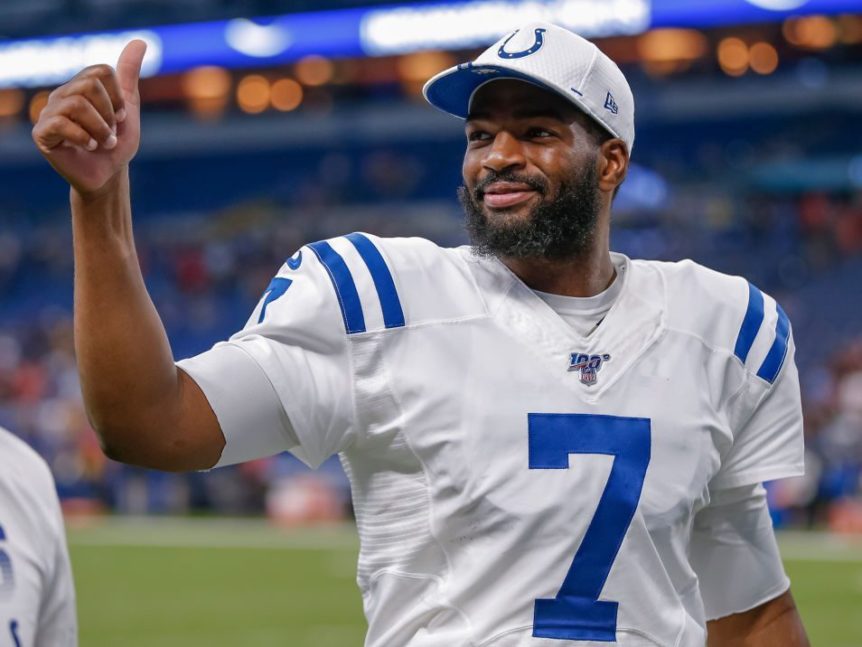 Jacoby Brissett hasn’t even started a whole season for the colts never the less he hasn’t even had any expectations from the organization and now he is getting paid 30 million over two years.

What does this mean?

Well according to the Colts this means they are more than comfortable with Brissett as their guy and long term option as he has proven in the limited amount of experience he has had he can be a decent starting quarteback but to go out and extend him before his first game this means that the Colts fully believe in him. Is it a smart move? Yes, because just in case he does go off this season and throws for 4000 yards and has a 35 touchdown season that no one sees coming this is more than a bargain. But if Brissett shows he can’t be the franchise QB that is 15 million that the colts can’t spend to improve the team, but it is only for 2 seasons.

Yes this is a great move by the colts and by Brissett, this was a win, win situation for both sides regardless of how Brissett plays because he is financially guaranteed and the colts aren’t tied into a long term contract which means cutting him if necessary isn’t out of the question.

I couldn’t see a situation where this contract really hurts the colts he is being paid as a bridge quarterback he could either be exactly that or possibly grow into more and for that reason alone I applaud the colts management again for proving why they are a top 5 ran organization in this league.

Now I haven’t covered fantasy football in any of my article before but this is a fairly good spot to do so, because Brissett is a bit of an unknown and he is very risky so this is what I would do, if you like the team and think Brissett has a fairly good chance of Booming I would roster him especially if you are in a league where your roster size is 16. But if you’re roster size is 14 than unless you are very careful and very high on Brissett I would hold off until I see some production.