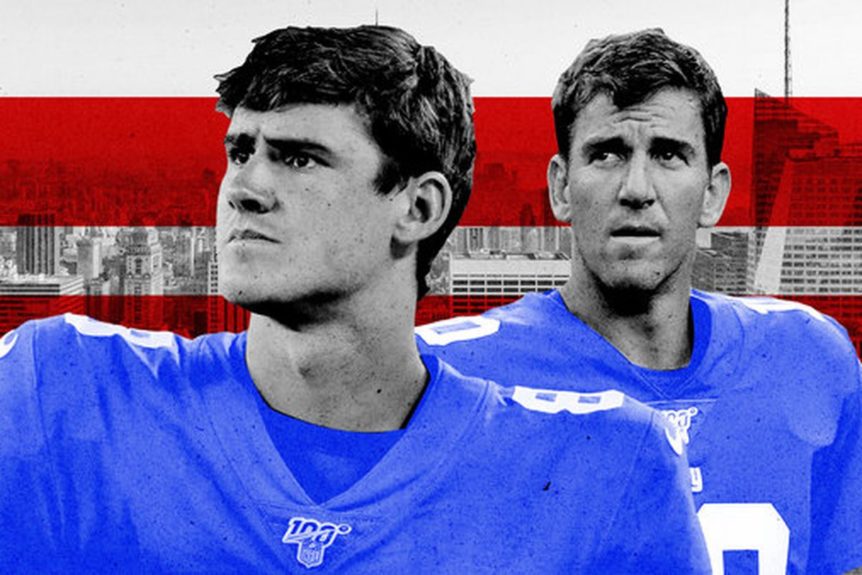 We are just gonna jump straight back into what we started earlier because this is still going to be very long.

His first throw was very good, despite it coming out very fast and I almost have a sense he predetermined where he was throwing that it was a well placed ball with a good result. His second snap I don’t necessarily like although I do like his decision making to finally take a dump off, this is the first play he has gone through multiple reads and then takes his check down when none of them are open. the issue I have with this play is he took a very long time to go through his progression and as a result took a hit, if I were the Giants I don’t like this decision because he is after our Eli successor. Much alike his first game Jones again stares down Cody Latimer and throws a ball that wasn’t necessary, was it a very bad ball? No, in fact the only issue with it is that he probably could have put another yard or two of air under it but his tendency to lean on Latimer and stare him down is visually evident all throughout the preseason. To wrap up his first drive Jones bobbled a snap and it ended off going off of the centers right leg and a Bears D-lineman was able to jump on top of this mistake. I would simply describe this drive for Jones as progressively getting worse as it went on.

To start off of his second drive Jones again proves my theory of him not wanting to take the flat, he tries to push and force the ball down field and this time it just didn’t make sense at all. Now in a 3rd & 8 Jones is forced to throw and after his receiver made a good cut on his route he fell, Jones didn’t necessarily put the ball in the best spot had his receiver not fallen it more than likely would have been behind him, but it’s not an awful throw. Jones’ third drive started off shaky with a very bad drop from his TE, which then led to a strip sack because he didn’t sense the pressure at all, basically this drive is a quarterbacks nightmare and as YBN Cordae said Nightmares are Real.

Jones started off his next drive trying to get back into a rhythm and that he apparently did because after throwing one quick flat he threw a no look pass to a drag route on a 3rd down, yes it did convert but my gosh was somebody was feeling himself. He rounds out this game with two very quick check downs. Jones finally getting back into his college ways of taking his check down and just making sure plays turned into positive yardage.

Proceeding with 2 check downs and a screen pass which are very hard to mess up Jones then went on to throw a slant route that had the receiver not made a very good play for easily could have been picked off with how far behind the pass was. Now I’m not quite sure what Jones saw that made him throw this ball but to start wow this was a perfect throw easily the best thing I saw him do all season, and for that alone I’m not going to try and critique this anymore than just perfect ball placement. This also capped off his longest/ most game time of this preseason so for that I have to applaud Daniel Jones for 2 weeks in a row ending his nights off with a touchdown throw.

Jones begins the game with tow straight check downs that he finally is hitting, now as for his 3rd ball it should not have been thrown, Jones should have rolled out to his left and ran or extended the play, but he instead settle for a throw that should have been picked off. He capped of this drive by getting pressured and had to force the ball out quick, now I do not fault him for this but he did have a man wide open at the chains but again he was under almost instantaneous pressure.

Again Jones takes to long to go through his progressions and instead of hitting his man in stride he under throws the ball which minimizes the gain. Finally some daylight as Jones hits Russell Shepherd on a slant for a 13 yard gain. Jones then on third down throws a dart right into his targets chest to try and make a play for the chains, again I slightly think he predetermined this pass because right behind his intended target was a 10 yard gap with his receiver sitting pretty right in it. Jones then pushes the ball up field and puts the ball in a very good position where on his receiver could catch this pass. Jones then gets blasted as he’s trying to throw which again I point to the fact that he just hasn’t shown the ability to sense any pressure. After getting rocked Jones again in a hurry throws up a prayer and somehow in someway his receiver makes a great adjustment on the ball and stays in bounds to get them all the way down to the 2 yard line.

His next drive starts off with him showing some fairly good timing on a quick out route, his final throw in this game was a very under thrown ball, his receiver made a great effort to comeback for the ball and actually made the catch however time in the half quickly ran out after the play was over.

Jones starts out this game against the patriots with a dump off to his tight end, while he did slightly stare him down I can’t harp on him too much because he was finally showing some ability to get through his progressions. He continues to then hit Golden Tate on a very well placed slant, in the face of pressure yet again Jones throws up a prayer bomb in hopes that someone makes a play and that he doesn’t get hit, and yet again his receiver makes a very good play to find the ball and make a great catch. Jones finishes off his preseason with a check-down in the face of pressure yet again.

Jones overall played very average, does he have some very bad flaws yes are they coach-able yes. In saying that I stick by my evaluation that Jones was probably a 3rd round talent quarterback and I do believe his issues or imperfections display this. His inability to sense pressure, his reoccurring timing and placement issues on certain in routes that against starter level competition will get intercepted, to a new developing issue that he just chucks the ball up to what ever receiver he is looking at if he does notice he is in trouble, Jones is in need of a lot work but as the preseason went on and as he got rid of this thought that he couldn’t check-down and started to throw the ball shorter we started to play much better and get the defense on their toes.

In all I do believe that much of Jones success can be attributed to playing against second, third, and even some fourth string players he did show that he had what it takes to get his team to score and win games. Will Jones prove my estimation of him being a 3rd round talent wrong or will he prove me right? Will he fix his issues to become a more than quality NFL quarterback? Will he prove the haters wrong, and prove the Giants genius for drafting him? To all these questions we will have to wait and see but based on what I have scene so far from Jones I’m just going to leave this breakdown as Intrigued as we all should be.