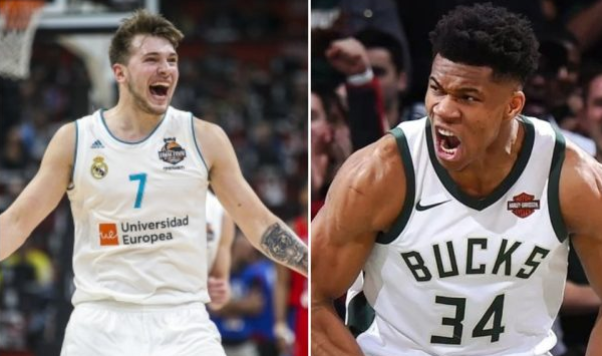 The NBA has been a global sport for a few decades now, but the USA always had a giant edge over every other country. Many pointed to the reason being coaching, the fact that Basketball grew up in America, others said we had the best athletes in the world. In Basketball, this dominance over the sport may be coming to a close. Giannis, Nikola Jokic, Joel Embiid, Ben Simmons, Luka Doncic, Lauri Markannon, Kristaps Porzingis, Piscal Siakam, and so many other young stars are making a huge impact on the NBA, and they all have one thing in common, they aren’t from America. Who even is the best American NBA player going forward after Curry and Lebron retire? Kawhi Leonard, Paul George, Zion Williamson, Donovan Mitchell? As most of the American legends retire, new phenoms replace them from all over the world.

Giannis won the MVP last year, and Luka Doncic won Rookie of the year. Doncic, who looks like a slower, but almost as effective Lebron James, James Harden hybrid, and Giannis who is the most dominant of a physical specimen we have seen in the NBA. Talent seems to keep moving more overseas each year, with the USAB team losing to Australia, almost losing to Argentina and simply not having the most impressive rosters anymore for international play, one has to wonder how good the USA basketball team will be going forward. Will we lose in the Olympics? Time will tell, but our competition has definitely gotten more difficult since the 2008-2012 years.