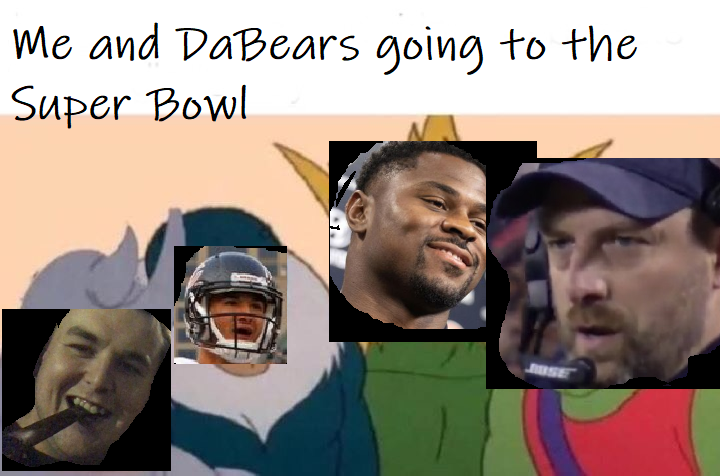 There was a Super Bowl energy in the air at Bears training camp. I remember in 2007 when the Bears went to their last Super Bowl. Being in the Midwest and around the Chicago-land area, there is just a special energy amongst fans when the Chicago Bears are contending, it’s almost like you can smell it. August 5th Camp was exciting, as Bears fans of all kinds showed up in Bourbonnais, Illinois to support the Chicago Bears 2019-2020 season.

The first out to greet fans was Matt Nagy and a few younger offensive and defensive linemen. Nagy was excitable, confident, and very friendly to all of the Chicago-land faithful. He waived and greeted people, he responded to shouts that people we “happy he’s the coach” and he smiled and thanked everyone for showing up. After last season, Nagy clearly has gained some political capital when it comes to the fans and it was obvious at camp. They have total trust in Nagy, as he is really the first offensive coach since Mike Ditka to have any success in Chicago. Thousands showed up to Bears camp, and as the players walked onto the field, the fans went nuts. The first 30 players got greeted with hearty good mornings and compliments from the fans. Then when Hicks, Mack, and Jackson came out, satisfying applause.

As the players took the field, they split into two sections to warm up. Offense and defense. The offensive skill positions like running back have never looked stronger in Chicago. David Montgomery looks like a premier running back, which makes the Jordan Howard departure less problematic for the Bears offense.

“Nothing is going to change from what we saw on tape at Iowa State,” The Head Coach Matt Nagy said when asked about Montgomery. “He has some of the best vision that I’ve seen in a long time. He feels where the defenders are before they show up.”

Montgomery will likely be used as a primary blocker, and Tarik Cohen will likely get most of the carries. The similarity in their games though will help Trubisky switch between backs seamlessly, and unlike having Jordan Howard, won’t tip the defense off with a run play. Howard was an excellent Running back, but Montgomery seems to fit better in this offense. We will see the truth when they hit the field but Pace and Nagy’s pick from Iowa State seems to be a good one.

On the defense, Khalil Mack quickly established he was the best player in warm ups, showing up his explosion. Mack spent a lot of time talking to coaches though, the man doesn’t look like he needs to warm up, he looks like he could play football 24/7 and be dominant everyday.

Then the scrimmage started. The offensive line showed how sharp they were, moving in perfect stride, obviously the rushing wasn’t as hard as a game, but the technique was sharp. Anthony Miller beat the Bears 1st string defense a few times, and Trubisky made some pretty long/medium throws. The young QB missed a few short throws and was intercepted. This led to him doing push ups to the amusement of the Chicagoland faithful. It was a beautiful day at Bourbonnais and it is looking to be even more of a beautiful season. Trey Burton is still injured, but the Bears remain mostly talented, young, and healthy going into the 2019-20 campaign.

I sense a Super Bowl shuffle coming on.