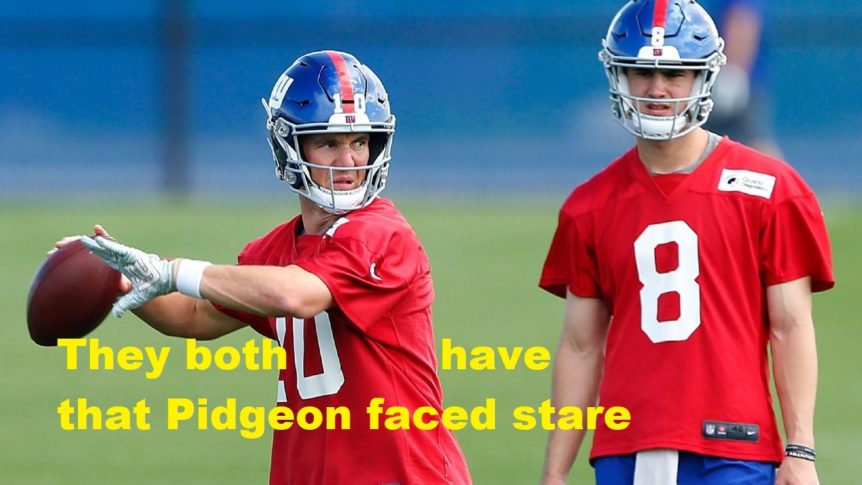 The Giants aren’t a good football team. They have an elite young running back In Saquon Barkley, but what else on their team is elite? Well from my vantage point, besides a few decent defensive pieces, and a decent secondary, the Giants are the most impotent team in the league. A lot of my reasoning for this is their QB situation. The Giants are keeping out of shape, no armed, confused looking Eli Manning at QB for sentimental reasons. They drafted Daniel Jones one or two rounds before they could have drafted him because of his relationship with Eli and Peyton Manning. Nepotism at its worst. Dave Gettleman is a disaster and I genuinely feel badfor Saquon and others who still get after it.

The Bengals have virtually nothing to look forward to this season, Andy Dalton has become the butt of a joke. Just watching his condensed games, not only does Andy have a weak arm now, but he will miss wide open receivers in stride consistently. Now for a guy from TCU, where you don’t see many Elite QB’s come from, he has had a nice career. But ultimately it looks like whatever fire that red headed rocket has left will be used as a placeholder for whoever replaces him. Bad news for the Bengals is, they don’t have that guy in waiting. So the Bengals are going to enter this season with a QB who is quickly deteriorating, and no signs of comeback as his QB rating has decreased each year for the last 4 years. I predict AJ Green gets traded, Joe Mixon has a good season because they will need Mixon if they ever to get any offense going at all.

It doesn’t get much more dysfunctional than the Raiders. Got 9 years left on a 100Million Dollar Contract with a TV star. Jon Gruden is an utter buffoon. I feel horrible for my friends who are Raiders fans. They had it, they had a stable coach Jack Del Rio, they have a franchise QB in Derek Carr. They had Amari Cooper for an offensive weapon, and Khalil Mack, arguable the best defensive force in the entire NFL. Then they got rid of all of it for seemingly no reason. Cooper who was still incredibly young and getting better got traded in the middle of the season to the Cowboys and then played better than any receiver in the league after the trade. Khalil Mack was wreaking havoc for the Raiders, and then last year before the first kick, they trade him to my Chicago Bears where he has the best season of his life, thank you Jon Gruden. Speaking of Jon Gruden, he replaced a winning coach, only to trade the teams best players, talk crap to the media about Derek Carr who has been NOTHING but a class act, and signs cancerous wide receiver Antonio Brown and gives him the money they didn’t want to give younger, taller, Amari Cooper. Cooper, a guy who is reaching his potential and is about to pop as an elite player, they sign a player who is most likely on the downside of his career in Brown. This level of dysfunction could easily have captured them #32, but because they have a competent QB despite what his coach says, I think they will be a little bit better than completely horrible.