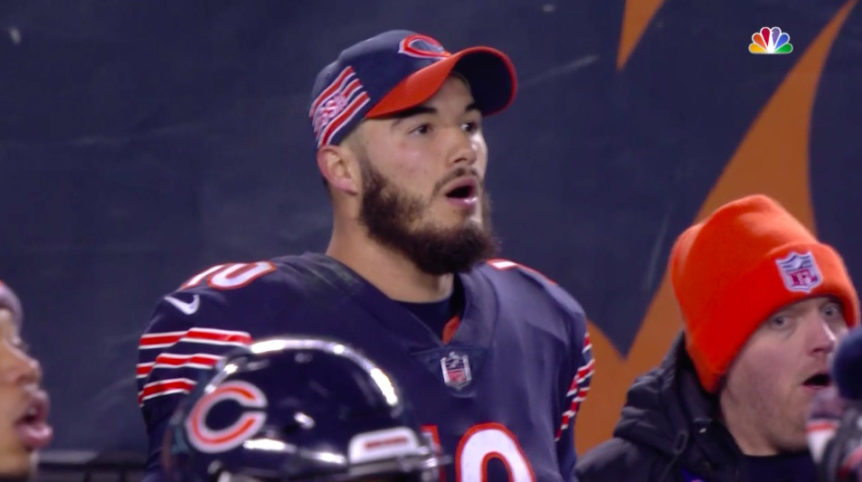 What are we expecting from our third year QB in Chicago?

I know what I want to see, I am expecting and hoping he can to turn himself into a bigger, stronger Russell Wilson type of player. Wilson has elite accuracy and utilizes his athleticism to make plays when he absolutely needs to do so, sometimes using his legs to eviscerate the opponent’s chances late in games. Trubisky needs to adapt and learn from Wilson’s model if he is ever going to be an elite QB in this the NFL.

The 2018 Bears Offense produced many plays involving Mitchell Trubisky given plenty of time in the pocket by his offensive line and not being able to find a receiver or create a play for his team exclusively using his arm. Luckily for Trubisky, he has been gifted some pretty elite athleticism, which helped The young Bears QB rush for 421 yards in 2018 mostly by improvisation rather than by design.

I especially believe that guys like Taylor Gabriel, and new acquisition, Super Bowl Champion Cordarrelle Patterson who has blazing speed, will find space, and be a threat if they can hold onto the ball. Even Anthony Miller who seems to be able to catch the ball whether he has a lot of room or not contributes to make Trubisky’s job easier.

This makes me look at the Quarterback position for improvement. Trubisky has the arm talent, he has the physicality, and I believe that he has the right mindset to keep improving each year.

Trubisky, who had a rough rookie season, spent his sophomore campaign making many improvements in the passing game. Going from 2193 passing yards in his rookie year in 12 games, to 3223 yards in 14 games last year. The team itself made great strides in 2018 with Trubisky under helm, a new coaching staff, and a growing elite defense that added superstar linebacker Khalil Mack. 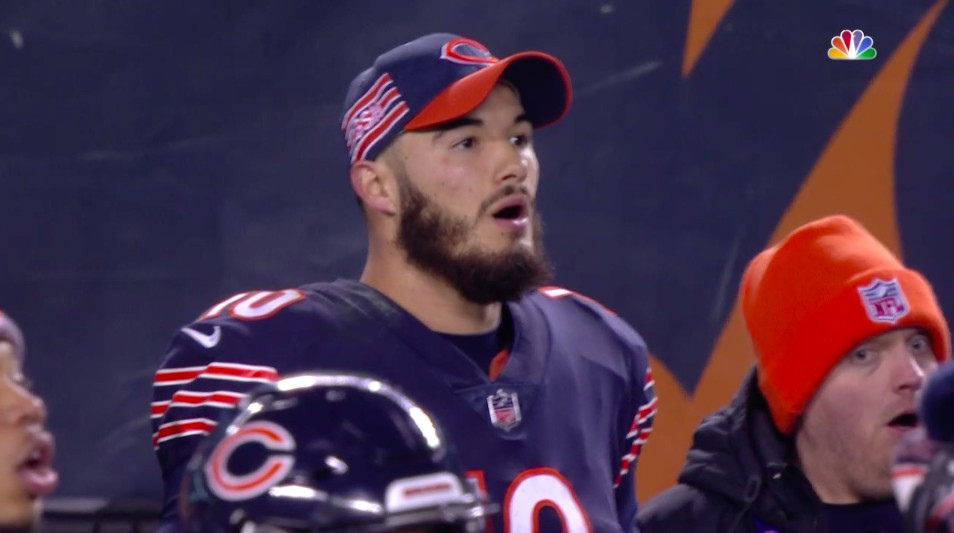 I don’t expect the 2019 season to resemble the 2018 season. I don’t expect the defense to be as elite as they were in 2018, as a fan of the team, I hope I am wrong. But what I do want to see out of Trubisky is as much improvement as an overall quarterback that he had last year. I criticized Matt Nagy for having Trubisky, a relatively novice overall passer at this stage in his career, throw 43 times in the first round loss to the Philadelphia Eagles.

Many fans, and a few big time Chicago Sports Media outlets credited Trubisky for how he played, making very impressive throws in the final minutes of the game, and putting up 303 yards while adding a touchdown. But Trubisky knows, as well as I know, and Matt Nagy the head coach knows that the young man left plays on the field. Trubisky missed open receivers, and there were dropped balls in key moments. I don’t blame the game on any one person, especially not 23 year old Trubisky, but it is safe to say, there are improvements to be made at the quarterback position going forward.

With great talent comes great responsibility, and Mitchell Trubisky has great talent. Along with great talent, Trubisky has proven to be a leader. He also has proven he can make adjustments as well as learn from his mistakes. Posting a 59.4% completion percentage with a 31.6 QBR in year one, bringing those numbers up to 66.6% completion percentage with a 72.8 QBR in year two, makes me a believer that Mitchell Trubisky can become an elite quarterback in the NFL.

Number 10 still has a lot to prove to everyone in Chicago and all of the Chicago Football fans around the world. He also has yet to prove that he can be even as good as his fellow draft classmate Deshaun Watson, who the Bears passed on in the draft.

I believe the success of the Bears, and their future playoff success relies heavily on the shoulders of our young Quarterback Mitchell Trubisky who has all of the tools around him to win a Super Bowl. Trubisky is fun, he is exciting, he makes big throws, and can be very clutch in key moments. Can he clean up his mistakes, can he start throwing his receivers open? Can he make the playbook bigger and deeper for Matt Nagy? This all remains to be seen in year three.