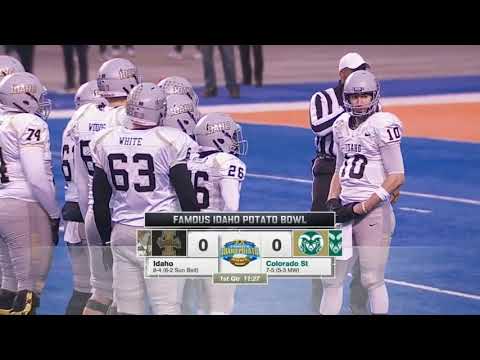 Matt Linehan threw for 381 yards and four touchdowns and ran for a another score to help Idaho beat Colorado State 61-50 on Thursday night in the Famous Idaho Potato Bowl in the third-highest scoring bowl game.

Playing in its first bowl game since 2009, and facing a move to the FCS in the 2018 season, Idaho stood strong against Colorado State in front of an announced crowd of 24,975 fans. The temperatures were frigid, but the Vandals remained hot, scoring 41 unanswered points in the second and third quarters en route to a 61-50 victory over the Rams.

The 84 points in the second half are the most combined in a half in any bowl game, breaking the record of 76 set by Tulsa and Virginia Tech last year in the first half of the Independence Bowl.