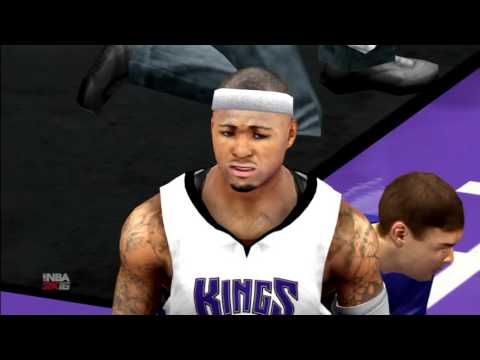 NBA 2K16 Playlist https://goo.gl/GXdiup
NBA 2K16 is an upcoming basketball simulation video game developed by Visual Concepts and published by 2K Sports. It will be the 17th installment in the NBA 2K franchise and the successor to NBA 2K15. for Microsoft Windows, Xbox One, Xbox 360, PlayStation 4, and PlayStation 3. There are three different covers for the main game, one featuring Anthony Davis of the New Orleans Pelicans, another featuring Stephen Curry of the Golden State Warriors, and the last featuring James Harden of the Houston Rockets. A special edition version of the game will be available; it will feature Michael Jordan on the cover. Additionally, the French version of NBA 2K16 will feature Tony Parker of the San Antonio Spurs as the cover athlete, the German version, Dennis Schröder of the Atlanta Hawks, and the Spanish version, Marc and Pau Gasol of the Memphis Grizzlies and Chicago Bulls respectively.

NBA 2K16 simulates the experience of the National Basketball Association. Players play NBA games with real or created players and teams, in various game modes, such as MyCareer, MyTeam, and standard games. Players may play regular season NBA games, playoff games, Summer League games, and others. Apart from the NBA, Euroleague teams are also featured, thus simulating the Euroleague. Players may create their own player and take them through a basketball career, with the central goal of being the greatest basketball player of all time. The game offers many customization options for the player; the player may customize the physical appearance, attributes, and skill set of any player. Players may also create, build, and customize their own teams